I first encountered Haevn on advice of my girlfriend. I was still working at TivoliVredenburg and had only one month left there before I started to work for Foundation Utrecht Science Park. It was going to be my ‘last’ concert on the guest list. All employees were allowed to call the ticket office of TV to see if the guest list was open or closed, I was lucky enough to arrange for two places.

My girlfriend mentioned something as: “they truly have a unique sound.” Well I was amazed by not only their sincerity but also their performance on stage. The combination of guitar, piano/synths and vocals gave me the goosebumps. From that moment on I have been following them and visited two more shows.

The minute we heard that their record was due to coming out, we booked it in advance (the blue version). I am very pleased to listen to the result of their efforts. The first track is a nice lead into the rest of the record, starting off with smooth synthesizers, Haevn sets the tone for all the upcoming tracks.

The B side of the record has a nice and faster catchy track to begin the second part of this record. The A side has a smooth and elegant lead in while this one is a bit more up tempo, which is nice! The record would otherwise be a little to soft.

Favorites such as ‘Bright lights’ and ‘Finding out more’ are included on this record. The record is part new material and part already existing, or should I say: known material (to me at least). As one of its founders mentioned at one of their gigs, they made too few ‘new’ tracks for a record, but since none was existing (apart from an EP) they decided to make it into a full record.

There aren’t any points I do not like about the record itself. I am not too fond of a two record sleeve jacket when there is only one record in it (I know, two sides gives more room for information and art). But that is nothing big or negative to the music itself.

Live versus the record

A big plus for Haevn is their skill and quality to sound both fluent on the record as well as their live performances. There is little difference between their live performances and the quality on the record. Live is a unique experience as they blend their tracks and lighting really well. The record brings me back into that seat at TivoliVredenburg where I first encountered them.

The record is very good, the match between live and on the record is amazing. The final mixing of the record has superbly done and a rating of 5 starts is in order. Be sure to get your copy of the record at your local record store. I got mine at Plato Utrecht for 21 euro’s. 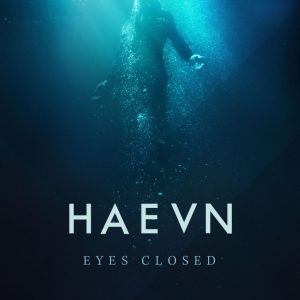 A new mixtape from the mancave

I performed at a wedding in Amsterdam at Hotel Arena. The gig was really nice and inspired me to pick up some old and new records. So, on friday august 23 I made this deep Read more…